Early in 2020 three other women and I formed a group— “Women Who Know—Death is NOT Final.” Grand plans were made, but when Covid-19 hit, like nearly all of us, we hunkered down to wait out what we thought would be a couple of strange months on pause. Now, of course, we all know we had no clue what we were getting into. We also know that the topic of death has never been more prominent. With the able help of the Doyenne of Death, Gail Rubin, we’ve found a way to share with you again in a panel discussion on Zoom. Please join this conversation and bring your questions and concerns, because there’ll be a Q & A.

“What the Dead Want Us to Know”

(Gail Rubin, Before I Die founder, will moderate)

Annie Mattingley, author of The After Death Chronicles

Judith Fein, journalist and author of How to Communicate with The Dead

Each of the three of us (our fourth member can’t be with us that day) comes to the subject of life after death from a unique perspective. We have one vital thing in common: direct experience with contact through the illusory veil that separates life from death. Please join us to hear what comfort, guidance, and wisdom the dead can bring us during the endless strain and pain of this pandemic, when a rumble of fear runs just below the surface of our consciousness and the specter of sickness and death may continually threaten our emotional well-being.

Sign up at the link below in advance or on the 29th. 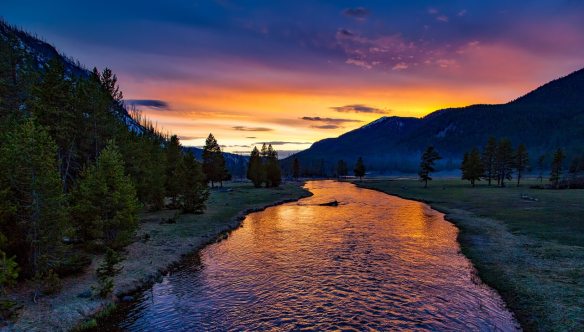 “Don’t tell” is the embedded language of sexual harassment and abuse. And women often did not tell. We needed and wanted the part, the job, the account, and we kept quiet. Now we’re being asked why we didn’t say anything at the time. So—why didn’t we? Whether we were children or adults we were afraid of men’s power over our lives, afraid of what would happen to our careers and our dreams and our reputations, of what someone would say. We were trained not to make a ruckus, to behave ourselves, to be perfect victims. No one taught us we could say: “No! Stop! I don’t like this! You can’t! I won’t! Don’t touch me!” 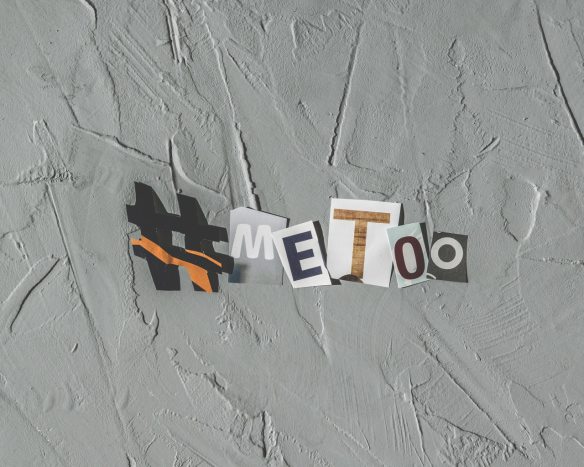 I’ve been floating the idea of writing about this ever since #MeToo first appeared. I worried that it was too far off my focus of after-death communication, but when I heard Oprah’s eloquent and empowered Golden Globe acceptance speech (It is worth checking out.), I knew it was time. She used her voice and her platform, now I’m using mine. If every woman were to add her name to the roster of those who are saying “No More”, we would participate in a tidal wave of change. We need a new way.

When I was raped as a child, my parents called the doctor, called the psychiatrist, dealt with the man, but they did not call the police. I doubt it even crossed their minds. They too were trained not to make a ruckus and to keep sexual things out of the public eye. Later, when my mother told the woman psychiatrist, “She seems to have forgotten,” her reply was, “Good. It’s better that way.” Silence all around.

In the 1950’s, as a teenaged soda fountain clerk, I quickly learned to avoid the narrow supply corridor when the older pharmacist was on duty. We girls monitored our behavior—but we neither questioned nor reported how he squeezed himself against us if he passed us by. 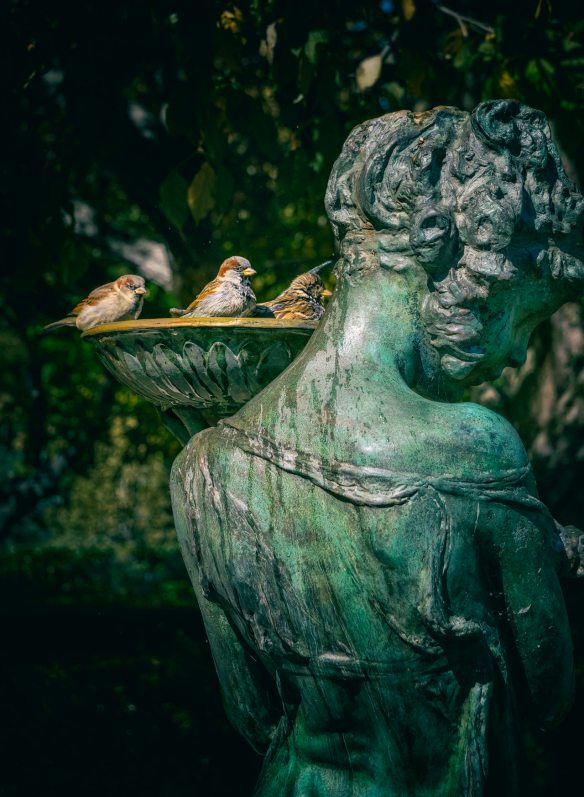 Twenty years later, working for an all-male law firm with all-female employees, I attended the office Christmas party. No spouses were invited. There was a lavish spread of alcohol at five, the end of the workday. The catered food was scheduled for 6:30, by which time everyone was ravenous, and nearly everyone was a little or a lot drunk. I watched a usually straight-laced, married secretary exchange sexual innuendo with her married boss. Luckily her close friend pulled her into the kitchen to ply her with coffee.

Another woman, much more drunk, suddenly disappeared. Turned out she was with her boss in his locked office. All the men’s office doors had locks. I knew her well enough to suspect she would have deep regrets. Later I learned that this party’s ploy was an annual tradition, well-known in the local, legal community. In another job, when I turned down sexual advances from a man, he took the business my firm needed elsewhere.

“If you are ever attacked, don’t fight back,” we were taught, back in the day. “That way you won’t be killed too.” These messages and practices and experiences tell women we are weak and without rights. For men, they reinforce their power over us. This used to be a way of life, as was women’s silence, but remember, once women could not vote. Now we can. Once we could not own property. Now we can and we do. Once we thought we could not tell. Now we can. Now we do.

I’m not saying every man who touched a woman without her permission in the distant past should be pilloried and shunted out of his job (though some should). This is not about scapegoating a few men for old actions our culture condoned with turned-away eyes. The casting couch used to be a “joke.” If thought about, it was never funny. Now we are talking about it and it is really not funny. I recently watched “Cactus Flower” a 1969 comedy. Funny? Yes, but between laughs, I kept wincing as Walter Mattheau, the dentist, patted a female patient’s butt, as Ingrid Bergman, his nurse, deftly sidestepped a male patient’s repeated ardent advances. When will the time come when women loudly object to all such behavior on the spot?

We need to establish a new order between men and women. Many men (the ones Oprah calls phenomenal) have always known that non-consensual or coercive touching is wrong. The others must be taught or cajoled or—if necessary—forced into change by those of us who want all sexual touch to be mutual and consenting. 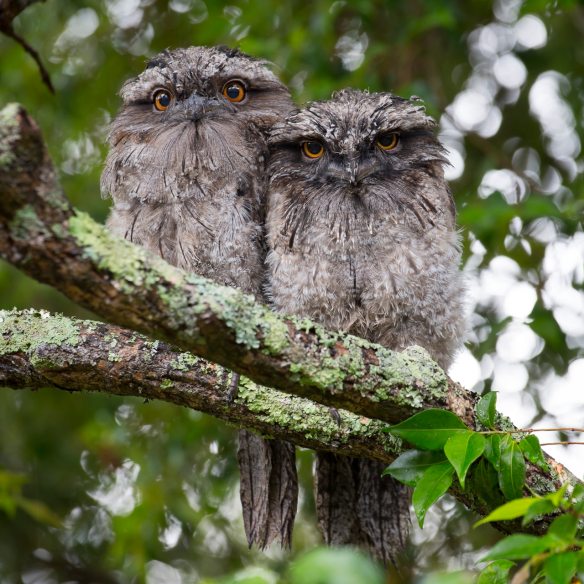 Men, it is time to question any authority over women you think that history, culture, habit, or religion has granted you. Women, it is time to reclaim our authority over our own bodies. Our daughters must be taught they can say no to adults, and later, as adults. Our sons must be taught how to hear that “no.” This shift requires taking a firm and possibly uncomfortable stance. If it requires telling tales, now is the time to tell them. 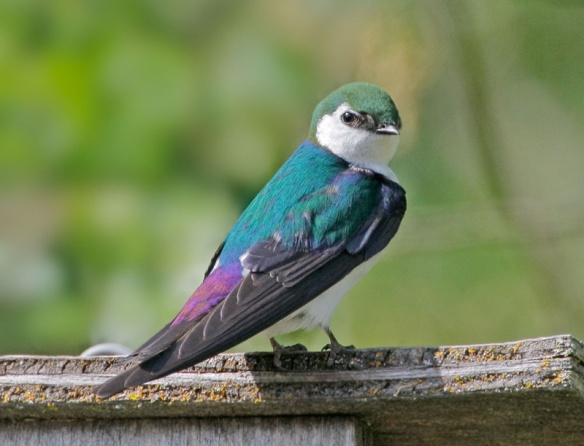 My friend was no longer not dying. No one was driving her to the cancer center for treatments. There were no more scans, no more tracking the location of new growths. A Do Not Resuscitate notice was posted beside the door. A caretaker lived in. Hospice staff came regularly to the house. Her friends took turns bringing meals.

Today was my turn. Lying on the couch, the wheelchair nearby, she invited me to eat with her. We chatted about the weather and our families. She stirred her bean soup more than she ate it. I worried, had I made it too spicy? My mind darted back in time to how long my mother had lived after she stopped eating. Three weeks.

“How’s the book going, Annie?” We talked about my interviews. I related a couple of the after-death communication experiences I’d heard. “Why don’t I visit you?” she inquired. “After I go, I mean?”

I took a deep breath and swallowed hard before I answered. “I’d like that very much. How will I know it’s you?”

I thought she’d changed the subject when she replied with no preamble, “One day I heard a sound coming from my wood stove. When I opened the door, I found a weak bird half-buried in ash. I cleaned off its face and beak and wings. The wings were the most exquisite violet color.” Her voice had grown melodious. “I carried it outside, raised my hands high, opened them wide. When it flew off it was a release into freedom—a glorious release. That’s how I will visit you, as a violet-green swallow.” Sick as she was, her face glowed.

I trudged home, heavy-hearted. Under the looming shadow of her impending death, I gave no more thought to our arrangement. I saw her only one more time.

After she died I went out to the solace of my yard to work off my sadness. Almost at once a bird circled me and our plan popped up in my mind. Could this be her? What kind of swallow had she said anyway? A violet-something, right?

This bird landed on our empty bluebird nest box directly opposite me. In profile I was sure it was no violet-something swallow. I saw no long swallow’s tail. Its wings looked gray, not violet. The white on its head didn’t seem right either. In case I was wrong, I tossed aside my clippers and ran in for my Birds of New Mexico. In it I found a photo of a violet-green swallow perched in the identical profile. It had white on its head and no long tail. The text said when it perched its tail was hidden under its wings and I could see no violet on those wings. Instantly I knew this swallow was her!

Back outside, I lifted my tear-streaked face to the sky in gratitude and joy, my arms flung high as hers had been when she released that swallow. I was sure she too had been released out of her suffering and into freedom. Why had I not understood that making a plan for after-death communication could be so simple and so satisfying and so joyous?

In her book Dying to Fit In, near-death experiencer and nurse Erica McKenzie writes of a hospice client saying she would return to visit her as a rare white dove. After the woman’s death a white dove landed outside Erica’s window in a rainstorm so intense she feared for the dove’s life. It remained in the same spot for seven consecutive days.

Imagine if we all made such an arrangement. Imagine how much more often we could receive the comfort and reassurance of an after-death contact. Imagine how this could help us with our grief after someone we love has died.

The After Death Chronicles: True Stories of Comfort, Guidance, and Wisdom from Beyond the Veil. To be released October 6, 2017. Watch for pre-ordering in July.
www.anniemattingley.com