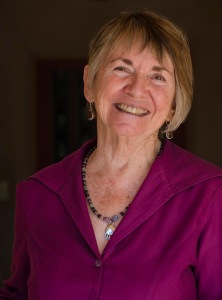 The expected answers to this question would be that I am a writer, a speaker, an after-death communication researcher, that I’m retired from teaching writing, and once was a magazine publisher and editor. My work and my life have meandered as I have moved from state to state and coast to coast like a vagabond. I married and became a mother early on, but it took me nearly fifty years to find my true mate. Though I began college at age eighteen, I didn’t complete my formal education until I was fifty-three. But what has shaped my passionate interest in after-death communication penetrates the boundaries of these facts. It is precisely my yearning to know who I am beyond and before named roles and credentials that pulled me to this field.

I’ve always been drawn to the cusps and edges of consciousness, to the places where what we can see and hear and taste and touch fall away. I have long been intrigued by the dense curtain we’ve pulled closed between life and death, and by the mystery of death itself. I witnessed the moment of death of each of my parents and became a hospice volunteer because of the profundity of those moments. Though I was full of sorrow, these events felt a lot like witnessing births.

With this as a background, you’d think I would have been better prepared for the contact my daughter Randi made with me after her death by suicide in 2010. I had no fear that she had ceased to be, because I already knew that consciousness did not simply disappear at the moment of death. What I had never paid attention to was the idea of communication from a dead beloved.

When Randi awoke me a few weeks after her death by rushing a river of energy through my body, and then actually speaking out loud to me, I was equal parts shocked, thrilled, and comforted. Her visitations continued and lengthened and became daily verbal exchanges. Once these ceased to shock, the solace they offered burgeoned into a sweet and satisfying and exhilarating pleasure. Still our contact could have remained only a personal—if profound and immeasurably healing—experience had I not chosen to mention it to others.

To my astonishment almost everyone either told me they knew someone who’d had contact or else they shared their own experience, frequently adding that this was the first time they’d spoken it aloud. The understanding of my contact as a wildly wonderful anomaly rapidly transformed. Contact is actually a commonplace happening that people keep to themselves for fear of censure or ridicule. I came to view after-death contact as our culture’s best-kept secret.

While The After Death Chronicles was taking shape and I was conducting formal interviews for it, the curtain I had perceived as so dense between life and death thinned into a sheer veil.  My lifetime spent mulling the large questions of existence, my Master’s degree in Interdisciplinary Consciousness Studies from John F. Kennedy University, the pages of fiction, poetry, journal writing, and nonfiction I had loved writing, my hospice work, my teaching of Journal Writing as a Healing Art, all coalesced.

I was invited to speak about my research to therapists in training, and at bereavement groups and at groups for those who loved someone who’d died by suicide. A life that had often seemed to me a little disjointed, converged on a single point of light as I focused on after-death communication. Sharing the accessibility of our dead beloveds has become my life’s work, though considering how many decades I’ve been on the planet, who knows that that will mean in actual years.

As I write, falling snow blocks my view of the 13,000 foot Sangre de Cristo peak I can usually see from my desk; the hundred-mile views from our front door are a gray wall, as though I lived on the plains. My husband Spencer Floyd and I have called the northern New Mexico high desert home for more than twenty years. I am the mother of two daughters—one living and one deceased—a stepmother to one son, and a grandmother twice over. Recently I was privileged to participate in the birth of my great-granddaughter Lola Ari Callaway. My hope is that Lola grows up in a world that acknowledges and respects the meaning and beauty and right order of receiving love and wisdom and guidance from our deceased beloveds. Even better yet, I hope she will be aware of, and take for granted, and not keep secret, the loving presence of her grandmother, my daughter Randi.