Early in 2020 three other women and I formed a group— “Women Who Know—Death is NOT Final.” Grand plans were made, but when Covid-19 hit, like nearly all of us, we hunkered down to wait out what we thought would be a couple of strange months on pause. Now, of course, we all know we had no clue what we were getting into. We also know that the topic of death has never been more prominent. With the able help of the Doyenne of Death, Gail Rubin, we’ve found a way to share with you again in a panel discussion on Zoom. Please join this conversation and bring your questions and concerns, because there’ll be a Q & A.

“What the Dead Want Us to Know”

(Gail Rubin, Before I Die founder, will moderate)

Annie Mattingley, author of The After Death Chronicles

Judith Fein, journalist and author of How to Communicate with The Dead

Each of the three of us (our fourth member can’t be with us that day) comes to the subject of life after death from a unique perspective. We have one vital thing in common: direct experience with contact through the illusory veil that separates life from death. Please join us to hear what comfort, guidance, and wisdom the dead can bring us during the endless strain and pain of this pandemic, when a rumble of fear runs just below the surface of our consciousness and the specter of sickness and death may continually threaten our emotional well-being.

Sign up at the link below in advance or on the 29th.

Ajaan Lee, Thai Buddhist meditation master, said that “Aging, illness, and death are treasures for those who understand them.” Perhaps all loss offers buried treasure when we open ourselves to it. When I’m really hurting I try not to ask, “Why me?” but “What is this about besides suffering?” This acknowledges my trust that the creative force is benign and loving, that loss is not about punishment.

I recall sobbing in a restaurant, unable to eat, as my first marriage collapsed to the ground. I remember thinking, This is what doctors prescribe tranquilizers (now anti-depressants) for, but I need to feel this pain. Giving myself that permission was the beginning of my post-divorce healing, releasing not just sadness, but anger and bitterness and disappointment.

Illness and death and its threat offer different opportunities. A woman, washed away in Katrina’s tidal wave, barely survives. Her damaged lungs keep her bedridden for months. While she heals she mourns the loss of her home and all her belongings. Over time she comes to realize the wonder of the simple fact that she still has her breath; the belongings are insignificant.

My friend Scott died three years ago, my friend Anne before that, and Jesse before that. The mirror reveals that the vertical creases running down each of my cheeks are multiplying. When a van deliberately crashes into a crowd on Barcelona’s tourist street, Las Ramblas, soon after I walked there with my family, I cannot shake the vision of my beloveds’ bodies flying and fleeing. As Carlos Casteneda said, death stands at my left shoulder. I regularly hear it clearing its throat to remind me of impermanence.

It was just under a year between my mother’s breast cancer diagnosis and her death. During her final downward slide miracles occurred—a conversation that broke the chokehold of her alcoholism, a spontaneous ritual in which my parents’ love for one another was made manifest, and a day on which my father and I told each other, “I love you,” for the first time in my adult life.

Some people hope to die in their sleep or by heart attack. I understand this desire not to suffer, but sudden death robs us of the heightened urgency that occurs between a terminal diagnosis and death itself. This stage often brings healing to life’s deepest wounds. That final, difficult year of my mother’s life was her great gift—a sacrifice too great to expect or to ask for. It’s not that I hope for a long illness to precede my eventual death but, because I know its blessings firsthand, I don’t dread it either.

In 2001, I was so impacted by chemical sensitivities, I was pretty much under “house arrest.” I could not think clearly on a computer or near photocopies, so I could not even work at home. After I lost my job, I retired early. I played Scrabble with myself to re-build lost brain cells. I carefully sewed something elaborate and made it five feet square instead of the intended five by seven, a perfect demonstration of those damaged brain cells.

Seventeen years later, though I still must avoid certain chemical exposures, I have regained my life. I have gained an enormous appreciation for my body, for each breath, for each thing I can do. If I drag for a day, this does not compare with those former days and I know that even if something else were to restrict me, I would survive that too. After all, there’s always Scrabble.

Staying present with my daughter’s death by suicide has been my life’s biggest challenge. I had two anchors—my mantra practice and those I loved who loved me and loved her, yet despair and grief were my bedpartners. They blackened my sky and I was convinced joy would never visit again. To my surprise one Sunday morning a few months after her death, I awoke feeling happy. My husband and I lay in bed talking. I had forgotten how sweet laughter felt. We decided to go for brunch at Graham’s Grill, which had (before it bellied up) the best huevos rancheros this side of Oaxaca, Mexico. I felt blissful as I showered and dressed.

Backing out of the carport, the brakes made a funny squeal. “We should get those checked,” my husband commented idly. My fragile happiness plummeted. The despair returned full bore. The brakes would fail. The expense would be astronomical. The car would be a total loss. My daughter would always be dead.

The day plodded drearily on. Those wonderful huevos rancheros tasted quite ordinary. Nevertheless, now I held a gem in my pocket. I knew I had not lost the art of happiness, even if when it would return was shrouded in mystery.

Seven years later, though still moody (nothing new there), I am content with my life, my health, my age, sometimes happy, sometimes joy-filled, often grateful. And I own the knowledge that if joy could return after my daughter’s death, joy will always return.

I also own the treasure of being much more present with those I love. When I hug my husband as he heads out the door, I’m more often consciously appreciative of our love and partnership. I’m more aware of the need to Be Here Now (as Ram Dass said), because this moment could be all we have. This awareness of the “dreadful” possibilities inherent in the future is not depressing; instead it deepens my capacity to be alive in love right now. 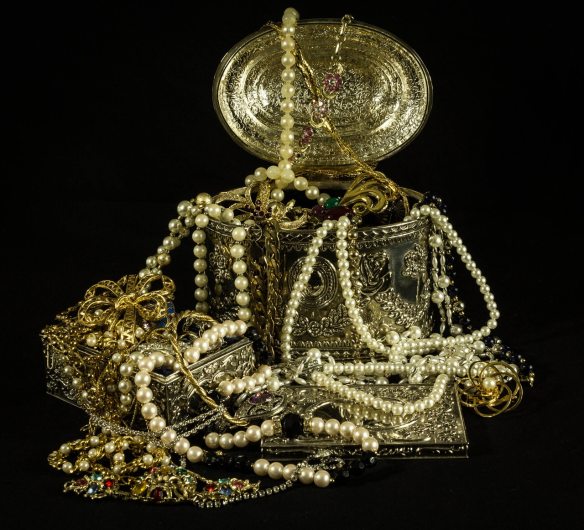 These are the treasures I have gleaned. They cannot be given to another as comfort or reassurance. They aren’t greeting card homilies. We have to earn them ourselves as we invite whatever gifts loss offers us. Everyone I know who has moved beyond tragedy into a richer life has sought this gold and found it.

Today I’m continuing with the third in my series on the various ways in which our dead beloveds visit us. This week’s examples focus on what can occur just before and after deaths, during the dying process, and at the moment of death. Each example is a real experience that has happened spontaneously.

I’ll begin with a story I tell in my book about a young man who drowned. Neither he nor anyone he loved could possibly have been aware on a conscious level that this accident would occur. After his death, as his family and friends gathered to mourn, it was revealed that within the previous week he had gone out of his way to connect with many of his closest beloveds. He had given gifts and told many of them that he loved them. After the fact, it seemed obvious to everyone that he had been preparing them. This illustrates what I call the Grace which surrounds death and often helps to soften its blow.

The opposite can occur when we have an urge to visit or call someone, to make amends or apologize or say “I love you” and that turns out to be our last opportunity because soon after the person dies unexpectedly.

A drawing done hours or even years before a sudden, accidental death may later reveal details about the death as though the person had known when and how and where they would die. What does this say about time and its mysteries?

After a sudden death, we may realize a recent dream was designed to help us cope.

A child may burst into tears, saying something has happened to her father before being told of his sudden accidental death.

If we’re unaware someone has died, we may be informed of the death by vision or voice or dream before we are told by expected means like phone calls.

A family may “protect” a dying person from disturbing news like a miscarriage or a divorce or a death, yet the dying person may “see” the event and speak of it.

If we’re present at the death of a beloved, we may see or hear or be aware of those who come to greet the dying or have any number of invisible phenomena made known to us.

At a deathbed we may be aware, by means we cannot fathom, seeing with non-physical eyes, of when the person’s essence exits the body.

I experienced this last example at my father’s deathbed. I “knew” his essence (or soul or spirit) had left his body and risen up and passed through the ceiling. When I asked the ICU nurses to disconnect him from life support because of this, they too knew he had gone.

Watch for my focus in the upcoming weeks on physical and electrical manifestations and experiences of synchronicity.

I would love to hear how your dead beloveds have lit up the scene beyond the scrim that separates life from death. I invite you to share your experiences with me at https://anniemattingley.com/participate/ If you’d prefer to tell me your story verbally, let me know and we can arrange for that.

The After Death Chronicles: True Stories of Comfort, Guidance, and Wisdom from Beyond the Veil. To be released by Hampton Roads on October 6, 2017. Pre-order on Amazon, Barnes & Noble, and IndieBound. Find out more on my Book Page.