I’ve been through eight death anniversaries since my daughter Randi’s suicide, so as I came upon the ninth, I should have known better. Somehow the date—October 6th, which I thought had been branded into my memory with a hot iron—escaped me. I made commitments on the 4th, 5th, and 6th itself. I freaked when I realized what I’d done. Would I be functional? Would I be aching to hole up at home like I had in some years? Would I burst into tears in my dream group? Which one of my erratic anniversary moods would rise up in my writing group?

As always, I made a simple altar— the last of the flowers from the yard, a candle in a bowl of water so I could safely leave it lit overnight, two favorite photos. Angels, of course, because Randi had loved them so. The altar Randi’s grown daughter made in her home across the country was even more simple—just a purple orchid and a purple candle.

When I arrived at my writing group, I surprised myself. Instead of stoically clutching my heavy burden alone, I announced it was the anniversary. I didn’t ask for anything and little was said, yet the support was palpable as we worked. I repeated this at each subsequent event. Each time I was witnessed, my mood stayed even, and I functioned well. Speaking on the phone with a friend who was going through something tough, I brought up the anniversary, finding it wasn’t necessary to ignore my needs in order to honor hers.

October 6thwas a warm and sunny Sunday. My husband and I and my older daughter opted for brunch al fresco. I thought about setting a place for Randi, but decided food was not the point. Instead I covered one side of the table and one chair with sprays of purple Russian sage. After we ate, we brought out the altar candle and a photo album and shared Randi stories. 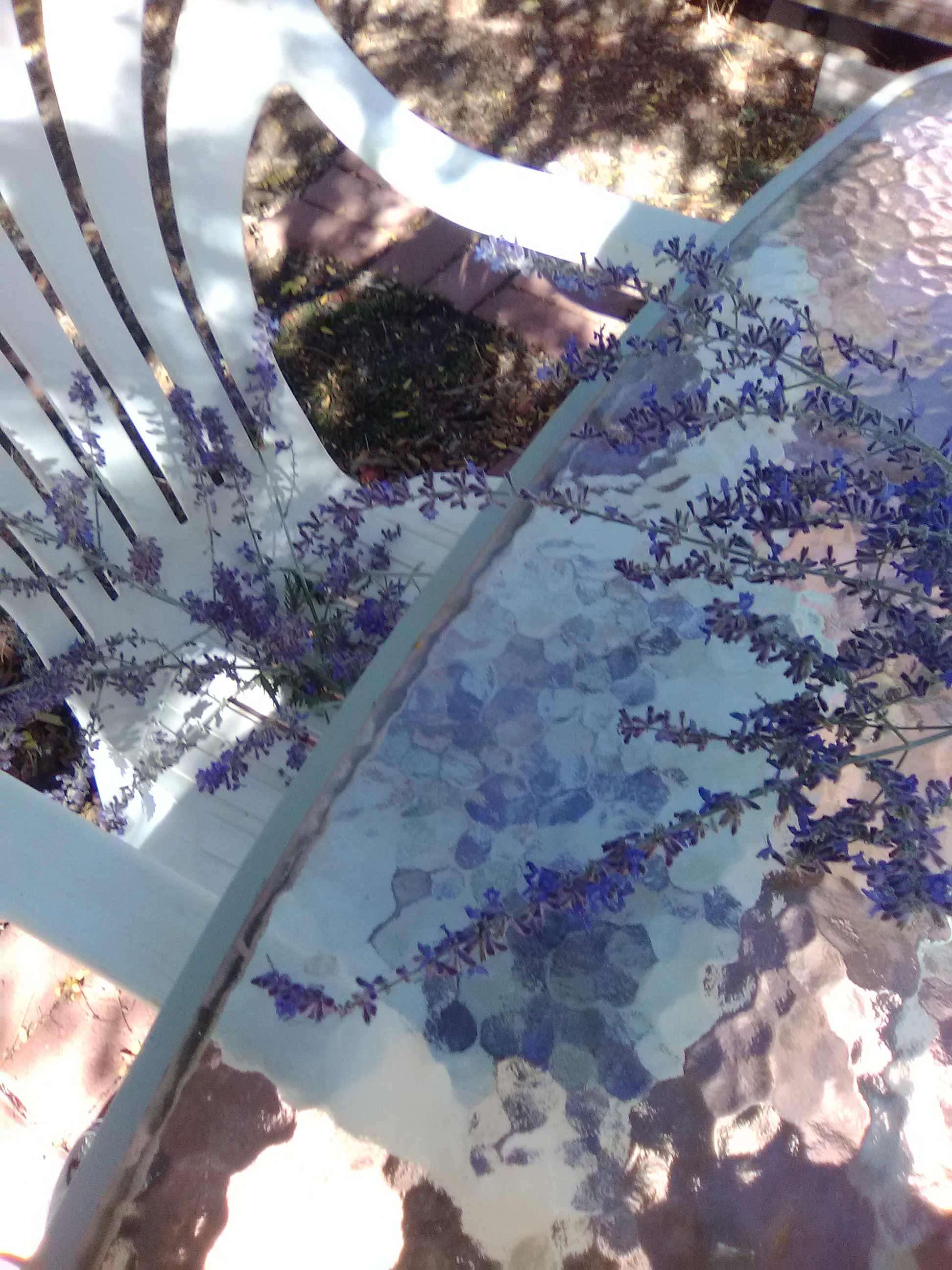 To the Hindus, the number nine is the sacred number of completion, like the months of a pregnancy. On this anniversary I have given birth to a new stage of my relationship to my daughter’s death. Instead of wrapping myself in my pain like protective armor I invited heart connection. Those three days were not without sharp shots of sadness, but it turns out the weight of grief is lightened by simply being witnessed.

You’re invited to the following New Mexico events as part of the Third AnnualBefore I Die New Mexico Festival:www.BeforeIDieNM.com

Video Podcast Interviews: Here are two more with Margaret Manning of (www.lifeafterdeath.com. Click on them to learn more about the wonders that can happen when we hear from our deceased beloveds.

“3 Powerful Lessons I Learned from My Daughter After Her Death (#1 Changed My Life Forever).” (14 minutes)

“7 Magical Stories of Ordinary People’s Extraordinary Connections with Loved Ones in the Afterlife.” (17 minutes)

You may buy The After Death Chronicles: True Stories of Comfort, Guidance, and Wisdom from Beyond the Veilin bookstores, throughwww.AnnieMattingley.comand through the following sites:
Amazon: http://amzn.to/2zSaTLB
Barnes & Noble: http://bit.ly/2ljjV0I
Indie Bound: http://bit.ly/2gEcr3f
Hampton Roads/Red Wheel/Weiser: http://bit.ly/2gM255a

3 thoughts on “Witnessing the Ninth”