I am still chock-full of the week I spent in Toronto at the Parliament of the World’s Religions. It lived up to its slogan—the Promise of Inclusion and the Power of Love. We were more than 7,500 people gathered with the intention of exploring our spiritual beliefs (with no aim to convert), healing the scars of separation from one another and from Mother Earth (with a focus on climate change), and strengthening the bonds of respect among us.

We are brown and black and red and white and yellow. We wear monk’s garb from traditions around the globe and blue jeans and saris and clerical collars and turbans, feathers and beads, headscarves and dress suits and sweatshirts. As I make the trek between the North and the South Buildings of the Toronto Convention Center I hear the rhythms of a dozen languages. At any given hour I can choose among sessions like a Hindu puja, a Celtic Samhein celebration to honor our beloved dead, the teachings of an Ojibway elder, or the lunch Sikhs serve every day as a gift. The offerings seem endless. In the breakout portion of an Interfaith Dialogue session I (who belong to no formal religion) am grouped with a female Mormon pastor, an East Indian Catholic nun, a Baha’i, and a UK woman who calls herself a street pastor. She says she scrapes drunk teens up off the sidewalk to get them home safely.

Thirty people attend the session I facilitate—“Honoring, Healing and Connecting with Deceased Beloveds”—including clergy from three faiths. After we each write a letter to someone we love who has died, one participant is moved to share that she was adopted and her birth mother had died before they could meet. She has written to her and is clearly thrilled to discover a new way to make this connection.

The next morning I huddle beneath a small shelter with many others in a steady November rain to participate in a Maya fire ceremony. At the end of my session a participant had made the inspired suggestion that instead of bringing the letters home to burn as I’d planned, maybe I could put them in the sacred fire the Canadian indigenous people have kept going 24/7 throughout the Parliament. This fire burns near where I stand right now. 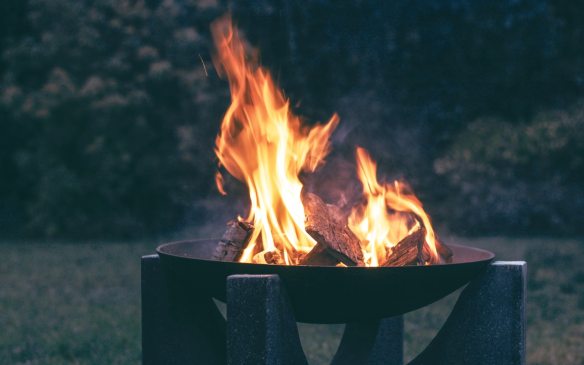 I had already meant to attend this ceremony, so I decided I would show up early to ask about the letters. It’s a challenge to find anyone in this crowded event; when the Guatemalan Maya shaman and her US escort, walked right by me that afternoon I was astonished. Nana Maria not only agreed to burn the letters, she explained that part of the ceremony’s purpose is to honor the dead. I should have known, for now is the time when the veil between the living and the dead is thinnest and contact is most readily made. That’s why there are holidays like Mexico’s Dia de los Muertos (Day of the Dead), the Zuni and Hopi Ancestors Days, All Saint’s Day, the Celtic Samhein, in the US, Veteran’s Day, and in Canada, Remembrance Day.

In the ceremony, I volunteer to hold the red candle for the East, spreading my umbrella to protect it. Besides honoring our dead, Nana Maria tells us we are here to honor the places we come from, which I think means where I live. The moment I realize she means our birthplaces, I am transported into a sweet and deep connection with Bloomington, Indiana, where I only lived for the first four months of my life. The cold rain transforms into a blessing and mingles with my tears as we pray and toss copal into the flames.

At the ceremony’s completion, the tiny shaman takes the letters in her gnarled hands, prays in Tz’utujil over both me and the letters, kisses them, has me kiss them, and tosses them into the fire. I overflow with the conviction that there could be no more fitting blessing for these communications with our beloved dead and that they have been received.

Before I left for Toronto, I had a profound conversation with Simon Brown of the UK’s Past Lives Podcast, which you may access through the following link: https://bit.ly/2z8FmX1

1 thought on “Healing the Scars That Separate Us”