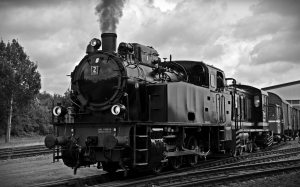 The trains are full. The train station teams with men in uniform. It is impossible for civilians to buy tickets, not just for the day but for the week, he’s told, maybe more. Their suitcases are ready. He had tried to get his first job after college closer to home and family in Chicago. Reader’s Digest had not wanted him. He attributes this rejection to his paralyzed legs and his canes. There was no Americans with Disabilities Act in 1941. He telephones Fort Monmouth. “Of course, we’ll hold the job,” they say. “We need you,” they say, “now more than ever.” Who would be more understanding than the Army Signal Corps?

We wait in the country’s turmoil. Every young, able-bodied man is enlisting; the Japanese have bombed Pearl Harbor. We are at war. He is not enlisting. He is not able-bodied. Or not enough, at least, for the military. “You will be doing your part. It is important to write the technical manuals the Army needs,” my mother reassures. He has lived with this wound since he was two. The women in his life have always comforted him. I wonder now if I ever did, though I doubt it. I was too busy with my own wounds to give my father’s much attention.

On the crowded train, ten days later, we are the only civilians. The boy-soldiers are excited and nervous and they won’t let themselves know they are scared. They admire my delicate and pretty mother. The basket—designed to hold lettuce—that is my carrier is passed from soldier to soldier, so they can admire me too. They eye my father and his canes warily, full of pity for this crippled man, and maybe a tiny bit jealous that he gets to stay behind.

He senses all this. He has breathed the dark smoke of pity all his life. My mother touches the back of his hand with one finger. She knows for a proud man pity cuts deeper than a sword.  I awaken, crying. There on the green mohair train seat, they do all that must be done for a four-month-old baby. Some of the watching boy-soldiers will remember me and my pretty mother and my crippled father at certain key moments on the battlefield.

After the war a new toxin will infect the pity my father receives. Veterans will make assumptions. “What battle were you wounded in?” they will ask, puffed with manly pride. Or sometimes just, “Which battle?” with a chin angled toward his legs and canes. By then I am old enough to feel the armor of fierce independence that rises in my father as they rush to open doors he can open himself. I don’t remember how he replied to their questions though.

Recently I opened a door for a wheelchair-bound woman half my age. She was clearly grateful. But when I hurried ahead to open the second door, which was lighter, I flinched under the proud annoyance that flavored her curt thank you. I, of all people, should know that too much help is not welcome. 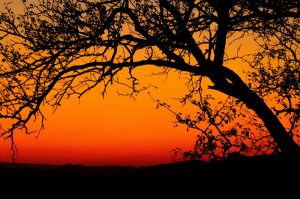 I am able-bodied. I walk with a vigorous gait, but there are wrinkles and gray hair and that thing I call my turkey wattle and to a 20-year-old I guess I look ancient. When one sees me crossing the parking lot and holds the Credit Union door open way too long as he waits and waits for me, I feel the shadow of my father’s wounded pride rise up within me.

The young man looks so pleased with himself. “Thank you,” I say with a smile and I am grateful, not for the holding of the door, but for this opportunity to be present in the face of my inexorably advancing years; for this opportunity to connect with a young man the age of my grandson; for a chance, perhaps, to balance and heal the wound that pity left in my polio-stricken father, dead, now, for thirty-three years this December.

Perhaps my father and this story come to mind because of the nearness of Dia de los Muertos (Day of the Dead) and how the veil thins between the living and the dead at this time of year.

If you’d like to share how your deceased beloveds have visited you, there’s a way to do that on my website at https://anniemattingley.com/participate/ If you’d rather tell me your story verbally, let me know, and we can arrange for that.

While you’re at my website check out my Events page to see what I may have scheduled in your locale. The next two New Mexico events are:

I’d love to see you there!

The After Death Chronicles: True Stories of Comfort, Guidance, and Wisdom from Beyond the Veil was released by Hampton Roads on October 6, 2017. Order online through Amazon, Barnes & Noble, and IndieBound, or find it in your local bookstore.  Find out more on my Book Page.

1 thought on “My Father”