On Sunday it was ninety-eight degrees here in Santa Fe, NM. Last night (Monday) I drove home through literal waves as three inches of rain hit the streets, seemingly all at once. A sidewalk a block away from my house collapsed. There’s debris everywhere. The slushy hail made my yard look like December. Can you believe this photo was taken on July 24th? Definitely bewildering. 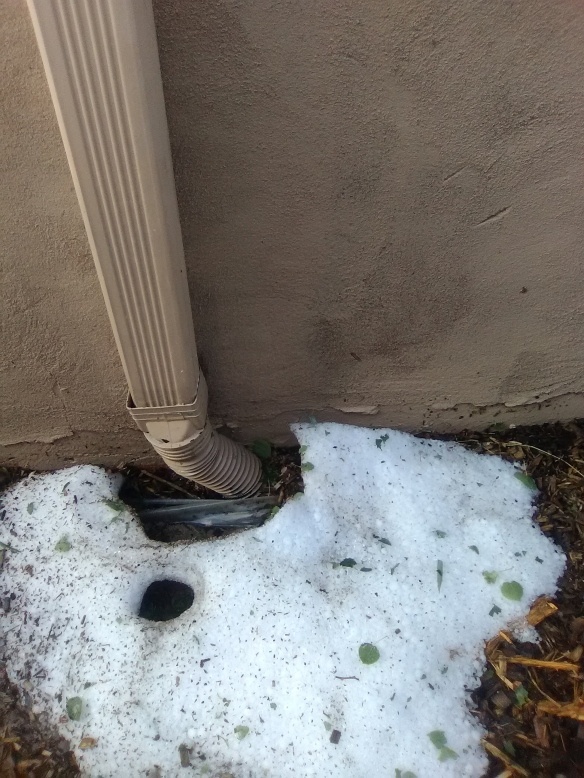 But it is grief that is the most bewildering experience I’ve ever had, that most of us will ever have. It jolts at every turn. I reach for the phone to share news, then remember. One heartbeat brings a surge of love, the next lurches us into pain. Everything screams, “Where the hell are you? Why aren’t you here?”

One of the joys of my recent move to Santa Fe (though I sure do miss my hundred mile views) is easy access to powerful films like Carla Simón’s film, Summer 1993, which depicts this bewilderment to perfection. The star is Frida, a child whose widowed mother has died of AIDS-related pneumonia. Frida has gone to live with family in the Catalonian countryside outside Barcelona. The film’s Catalán dialogue (the first language of this Spanish province) is sparse, but when Frida goes outside in the dark and softly calls out for her mother, searching for her among the trees with a flashlight, when she dials her mother’s phone number and waits for an answer she does not receive, when she finds a statue of Mary in a hidden grove and leaves a gift “for my mother, when she comes,” we don’t need many words. At times, I found myself holding my breath, because her sense of confusion was so visceral. When her eyes flinched at a tiny sound, I was inside her, as bewildered as she was, as bewildered as I was after my daughter’s death. 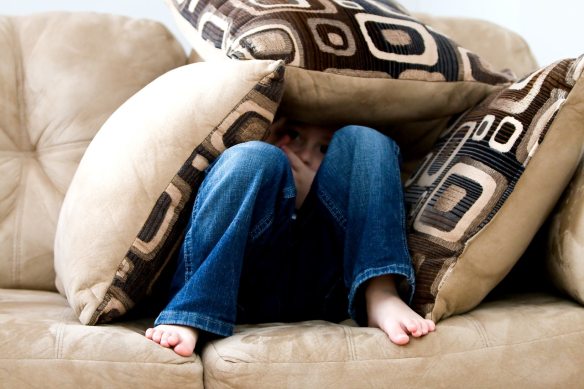 Eventually the girl asks who was with her mother when she died. And then, quite quietly, she asks why she wasn’t with her since she is her daughter. She is reminded she was with her grandparents, a choice I’m sure was made to protect her. As I left the theatre I was awash with love and sorrow in equal measure. 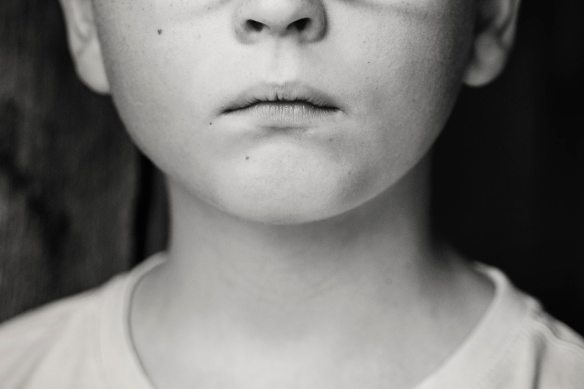 Support from a Zen priest helped playwright Alexandra Gersten-Vassilaros and her three sons to be really present with their dying husband and father as he sickened, and at the moment of his death, and after his death, when they washed his body, kissed and hugged him, thanked him, and wailed. Gersten-Vassilaros said these moments showed her that her boys would be okay, because “…we made death part of life.” (“How Will You Die?” by Lindsay Kyte, Lion’s Roar, page 56, November 2017)

To protect from the moment of death has no value, because afterward the bewildering loss is still there. Racing a cancer-ridden man off to the hospital, when it’s been known all along he is to die, robs everyone and protects no one. It robs us of the chance to say goodbye. It steals the opportunity to allow our deep feelings to erupt. It separates us from the one we love at the last opportunity for physical connection we will have. 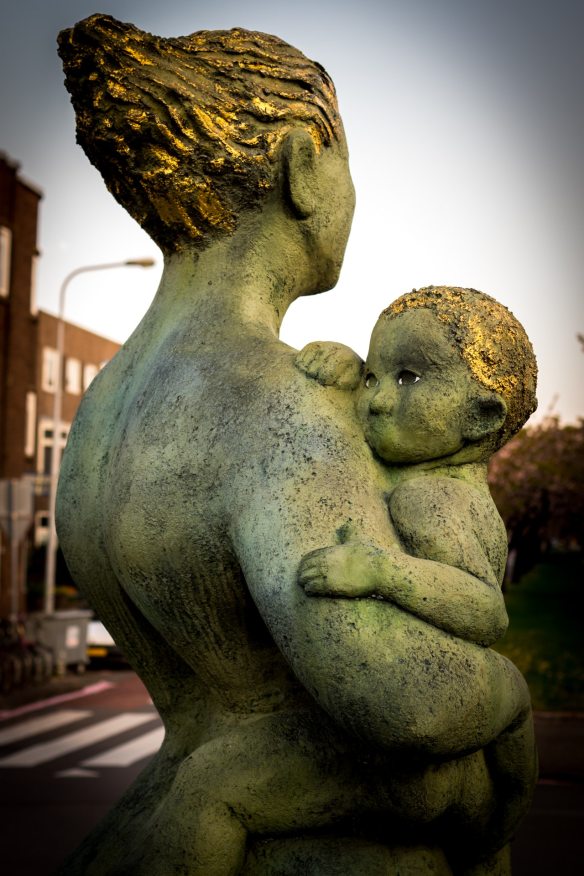 The trick—no easy task—is to allow death to sear us to the bone, to let it shred our hearts to ribbons, to let it show us its awful reality. Two key events of my life, though exquisitely painful, were the opportunities to be with each of my parents at the moments of their deaths. They gave me a wobbly rudder through the awful swamp of bewilderment to come when every part of me wanted to disbelieve that their deaths were real and their deaths were permanent.

To access my podcast conversation on after-death communication with Connie Whitman, Architect of Change, click on: https://bit.ly/2LmboCL